The purpose of this document is to help developers who do not know the Khmer script to understand what is involved in displaying Khmer Unicode correctly.

Welcome to another Khmer opensource project on Khmer Logical Keyboard 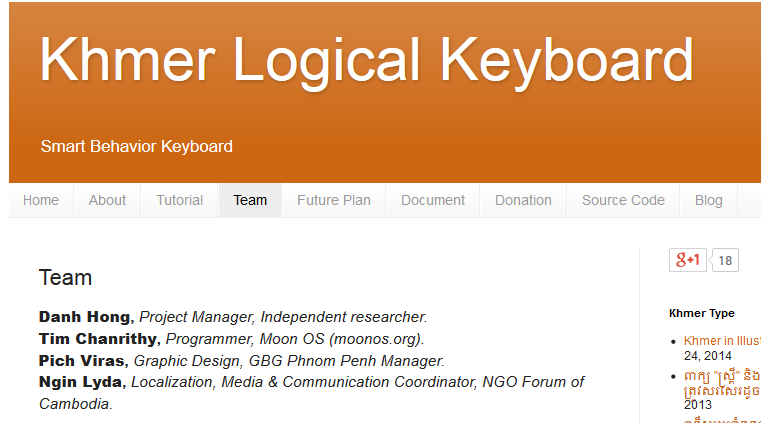 The keyboard will provide three input states:  Normal, Shift, and Long Press. And it will adhere to three principles:

According to Danh Hong's post, National Higher Education Task Force in 1996 had sent a letter to Mr. Maurice Bauhahn in order to register/integrate the Khmer language into computer system.

According to the Unicode.org website, Mr. Maurice Bauhahn has been called as one of the expert on Khmer Unicode:

Maurice Bauhahn is an expert on one of the most complex languages of Unicode 3.0 (Khmer), worked in Southeast Asia for 24 years, and holds a Masters of Science degree in Computer Science. [Unicode.org]

So thanks to ministers who have involved on Khmer Unicode development.

i2OCR.com has provided Khmer OCR free for everyone to use, I have tested and got a good enough result, I can say around 95% is OK if it is t...